ANN ARBOR — Michigan hockey took on its in-state nemesis on Thursday night at home. The Wolverines didn’t dominate from the start, but it asserted domination mid-game and didn’t let off the gas.

Avoiding an early shift in momentum, and holding on for a shoutout

It was almost a completely different narrative in Yost Arena when the Spartans had a chance to silence the home crowd following a sequence of chances in their zone early in the first period.

Wolverines goalie Hayden Lavigne denied three shots in a row from the MSU 2nd-line, just over two minutes into the contest.

The Spartans came out faster, more physical, with better opportunities in the first half of the first frame.

That narrative soon changed, but had Lavigne not stopped one of those three shots, it might’ve been a far different game in Ann Arbor.

He kept such momentum halted throughout the contest in a shutout effort in the rivalry game.

It took a while for this game to find its story. It was merely a battle of blocked shots, good defense, and missed opportunities in the first period-and-a-half of hockey.

With nine minutes left in the 2nd period, a nice display of hand-eye coordination from Josh Norris when he redirected a shot off the tape of Joseph Cecconi’s stick was the first step in changing the game’s outcome.

CLIP: @joshnorris10 redirects a @Jcecconi9 shot from the point to put Michigan on the board midway through the 2nd period!#GoBlue pic.twitter.com/1HYOraBwdf

This drew first blood … the rest of the game was taken care of by a usual suspect for the Wolverines.

‘O Captain, My Captain; Another hat trick for Tony Calderone

The Trenton, Mich. native from just shot down I-75 away from Ann Arbor, did it again.

After netting a two goals multiple times throughout the seaosn, senior captain Tony Calderone netted three on the big stage.

Calderone’s dream season hit a new peak, and it all started with a beautiful backhanded deke in front of the net to give the Wolverines a 2-0 lead late in the 2nd period.

CLIP: What a deke by captain @T_calderone!!! U-M leads 2-0 at the end of the 2nd. #GoBlue pic.twitter.com/FK7vbSmnoV

Then he did it again, thanks to a perfect assist from linemate Cooper Marody.

Then — sure, why not? — Calderone netted another as he waited in front of the net for a wide-open pass nearing the end of the final period.

The Wolverines moved to 7-6-2 on the season. They face the Spartans for Round 2 on Friday night in East Lansing. Puck drops at 7:05 p.m. ET. 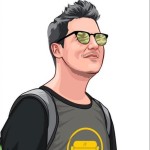